Watching TV on the game console? Using a WLAN enabled mobile phone as a universal remote control? And everything without any configuration effort?

Thanks to media transmission based on the Internet Protocol (IP) this is not a dream of the future. With respect to the guidelines of the Digital Living Network Alliance (DLNA1) there are already many devices available that support similar scenarios. However, the integration of the classical media broadcast in high quality is still missing, even though the translation of the already digitally available radio and TV content into the home network is possible without reasonable effort. A suitable standardization has been published recently under the DVB-HN standard.

… comes along with the nature of the live media broadcast: Unlike stored media, a strictly time constrained transmission is required in order to avoid delays during channel selection and to preserve the live character of the media, etc. The error-free synchronization of the rendering devices to the live data stream is important and strongly related to the real-time requirements. 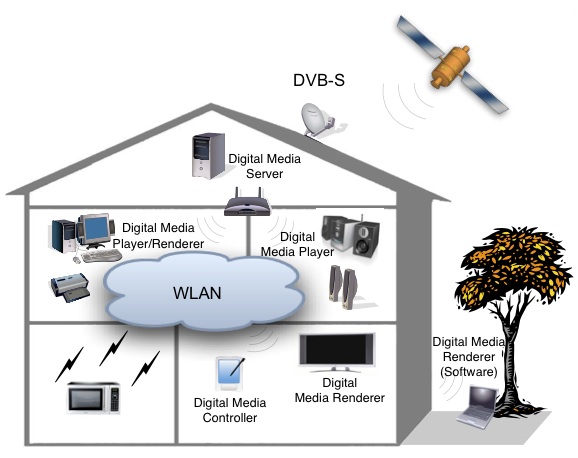 And that’s how it works: